Our website uses cookies for user authentication and analytics. By continuing to use the site, you agree to the use of cookies for this purposes. OK

In this master class, I will take you step-by step through a major upgrade of PostgreSQL. Through our practice we see a lot of different PostgreSQL servers in production environment and often, almost too often teams who once made PostgreSQL their database of choice never update it following the initial installation. The are many different reasons for it, the result, however, is the same - they all miss out on the new useful features of the newer releases and reduced database performance.
The goal of my masterclass is to equip attendees with necessary tools for performing PostgreSQL upgrade. I will take you through each step of the major upgrade and will dive into each executed command. I will also explain the particular order in which I perform an upgrade and explain the consequences of not following this order or missing a particular step. We will perform an upgrade of PostgreSQL 9.0 to 11. My hope is that following this masterclass number of outdated PostgreSQL database will reduce since participants will then go back to their databases and make sure that they are running the most recent version.

JSONB in PostgreSQL has interesting properties for design and development of business systems with heavy domain, helping to fight against complexity and variability. We will discuss the trade-offs of the JSONB approach. Using an open source project for Health IT - fhirbase we will:

Workshop on Server-Side development in procedural languages PL/Perl ,PL/Python, PL / v8 inside PostgreSQL and Postgres Pro. You will not only learn what they are for but also how to use them correctly and what results can be achieved using them.

Patroni is getting art of state standard framework for building HA clusters with postgres now.

We will discuss patroni's architecture, and most interesting parameters from it's configuration. We will check how actually failover works and how could you initialise cluster.

After session you will be able to built such cluster from scratch in minutes using given ansible playbooks.

In this tutorial we will discuss Binary and Logical replication in a practitioner format. The topics that will be included are native Postgres replication technologies, configuring and managing them. We will also discuss performance and draw backs of various architectures (sync vs async etc...). At the end of this presentation the attendees will be able to configure a basic replication deployment with HOT Standby and well as have an understanding of other technologies such as Point in Time Recovery and cascading replication.

When you are optimizing Postgres it is usually maintenance that goes by the wayside. How do we fix autovacuum? Where did all of this bloat come from? Why am I getting IO spikes? How do I get RDS to behave?! Why are commits so slow on replication? The answer to all of these questions is understanding the relationship between proper Postgres maintenance and performance. Join us for a 3 hour jaunt through the wily world of making Postgres Go! 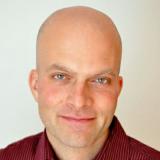 Python may not be the fastest programming language on the CPU, but its fast and easy development saves a lot of costs between the keyboard and the chair. In this workshop we'll explore the most popular library for the access to the PostgreSQL server named "psycopg2" and write a short application using some of its useful features.

Python may not be the fastest programming language on the CPU, but its fast and easy development saves a lot of costs between the keyboard and the chair. Since database clients spend most of their time waiting for a response from the database server, Python's asynchronous functionality available in the recent versions (3.5+) may help to optimize the application's runtime considerably by working on something else while server's response is being prepared. The asynchronous interface between Python and PostgreSQL is called "asyncpg". In the workshop we'll explore this library and write a short application using some of its useful features. 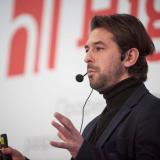 PostgreSQL is a fully-featured, enterprise-grade and open source database, named two years in a row database of the year! And it’s also the best candidate to migrate off of Oracle, supporting very advanced SQL, easy administration and pl/pgsql, a replacement for Oracle’s PL/SQL. Stop spending hundreds of thousands or millions of $ on database licenses and reinvest them in your team, infrastructure and software.

Join this half-day tutorial to learn the best practices, tricks and tools to perform a successful Oracle to PostgreSQL migration. Learn from the team that performed 150M users Blackberry migration to PostgreSQL on GCP with near-zero downtime, and the key author behind orafce, a set of Oracle compatible functions on top of PostgreSQL.