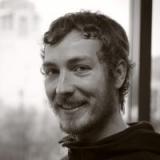 New side of pg_dump

Can the old dog be taught new tricks? The simple and reliable tool pg_dump has never been so convenient as it is now. The story about how the good old pg_dump became a powerful tool for production and a great assistant for DBA. New features, benefits and cases of their use.

Features switching 1C replica and back

1C is not able to work out of the box with several DB instances at once, so switching "out of the box" of 1C to a replica in case of failure of the wizard and back does not exist. In my report, I want to talk about approaches to such switching and several options for its implementation.

Zabbix migration from Oracle to PostgreSQL

The report describes a simple and effective way to migrate configuration and historical data of Zabbix monitoring system from Oracle to PostgreSQL.

For almost 2 years, Live Universal Interface (LUI) has been successfully used as an interface development tool for large industrial systems, the first report on it was at the conference "PgConf.Russia 2019" - https://pgconf.ru/2019/118109. LUI is very suitable for the development of billing systems, financial management, accounting and production control. There is experience in using LUI to create Personal Cabinet of end users. Support for almost all modern browsers, changing forms without compiling directly on the working system, collective development, rich infrastructure, rapid entry of the developer into the project, - makes LUI extremely convenient means of application-both in new projects and in long-existing ones, in which new forms will gradually replace the old ones.

Migrating data from Oracle to PostgreSQL using the Pentaho tool

When migrating data from one DBMS to another, the question arises: choose a third-party tool or to program the migration yourself? Companies, trying to grow competencies within themselves, choose the second option. And they come across the "invention of their own bicycles". However, the market has powerful free data migration tools. One such tool is Pentaho Data Integration, part of the Pentaho Community Edition. The report will discuss the use of this package for data migration between Oracle and PostgreSQL. Particular attention will be paid to the problems with using this tool, and to the tasks of testing for the completeness and integrity of migrated data.