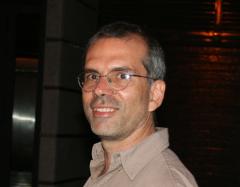 Esteban Zimányi is a full professor and the director of the Department of Computer & Decision Engineering (CoDE) at ULB. He started his studies at the Universidad Autónoma de Centro América, Costa Rica. He received a B.Sc. (1988) and a doctorate (1992) in computer science from the Faculty of Sciences at the ULB. During 1997, he was a visiting researcher at the Database Laboratory of the Ecole Polytechnique Fédérale de Lausanne, Switzerland. He co-authored and co-edited 16 books, 18 book chapters, 19 articles in international journals, and 82 papers in international conferences. He is coordinator of the BDMA and IT4BI-DC Erasmus Mundus programmes. He is Editor-in-Chief of the Journal on Data Semantics published by Springer. His current research interests include data warehouses, spatio-temporal databases, geographic information systems, and semantic web.

The temporal types in MobilityDB are based on the bool, int, float, and text base types provided by PostgreSQL, and on the geometry and geography base types provided by PostGIS (restricted to 2D or 3D points). MobilityDB follows the ongoing OGC standards on Moving Features (http://www.opengeospatial.org/standards/movingfeatures), and in particular the OGC Moving Features Access, which specifies operations that can be applied to time-varying geometries.

A rich set of functions and operators is available to perform various operations on temporal types. In general there are three classes:

MobilityDB has a preliminary implementation of the statistic collector functions and the selectivity functions for the temporal types.

The talk will illustrate the spatiotemporal concepts and the data model of the temporal types. It will briefly describe the components of MobilityDB: indexing, aggregations, functions and operators, and the SQL interface. Query examples and uses cases will be illustrated allover the talk. The current status of MobilityDB and the planned development will also be presented.