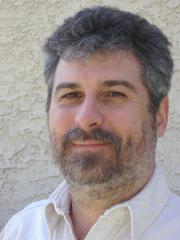 Bruce Momjian is co-founder and core team member of the PostgreSQL Global Development Group, and has worked on PostgreSQL since 1996. Bruce is employed by EnterpriseDB. Previously, he was employed by SRA Japan and other PostgreSQL support companies. He has spoken at many international open-source conferences and is the author of PostgreSQL: Introduction and Concepts, published by Addison-Wesley. Prior to his involvement with PostgreSQL, Bruce worked as a consultant, developing custom database applications for some of the world's largest law firms. As an academic, Bruce holds a Masters in Education, was a high school computer science teacher, and is currently an adjunct professor at Drexel University.

SQL is a declarative language, meaning the user submits an SQL command and the database determines the optimal execution. Common Table Expressions (CTEs) allow queries to be more imperative, allowing looping and processing hierarchical structures that are normally associated only with imperative languages.

Normal SQL queries return rows where each row is independent of the other returned rows. SQL window functions allow queries to return computed columns based on values in other rows in the result set.

This tutorial will help developers use CTE queries in their applications and allow operations that normally could only be done in application code to be done via SQL queries. It also explains the many window function facilities and how they can be used to produce useful SQL query results.

Part I «Programming the SQL Way with CTE»